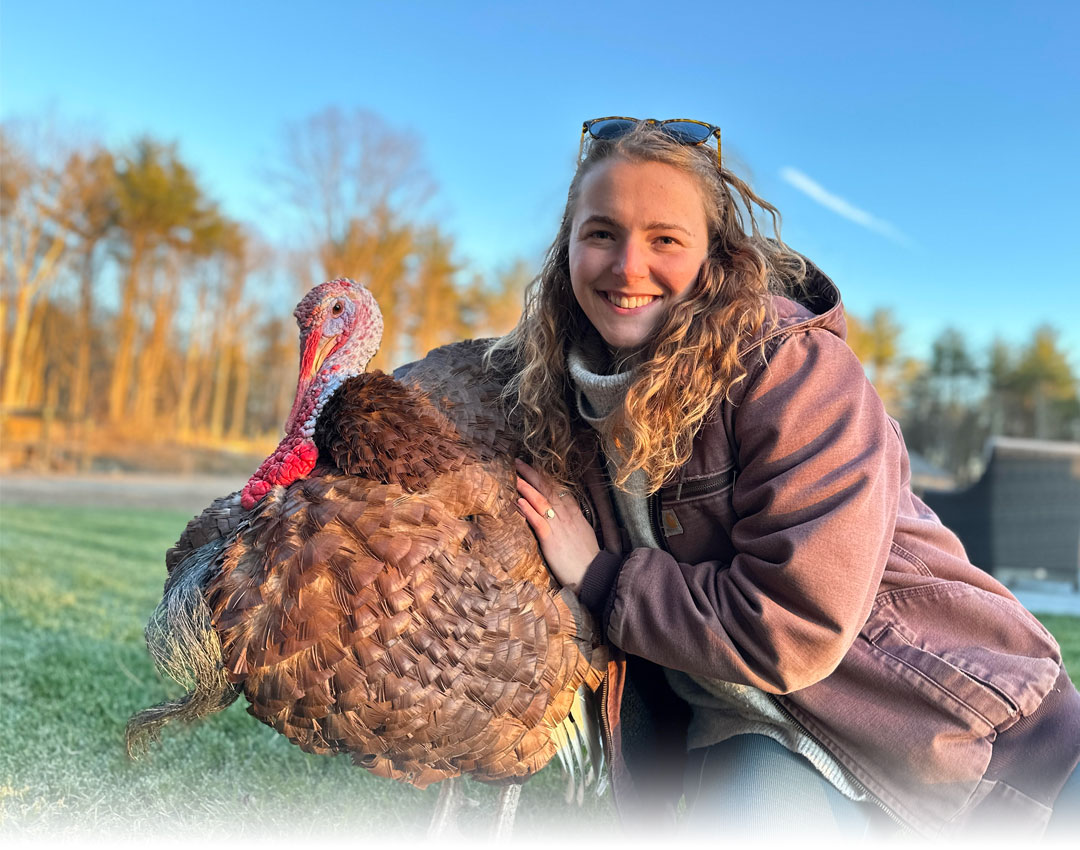 Ronald the turkey, or Ronnie for short, is an important member of the JP family.

Let us consider the origins of our Thanksgiving tradition. After the final harvest of the year, families came together to feast as winter loomed around the corner. They shared gratitude for overcoming a year of obstacles and celebrated moments of good fortune. With difficult months ahead, this holiday reinforced a sense of community. In a time before football was on TV and cranberry sauce came in cans, the focus of Thanksgiving was on our family and friends. How did we make this thankful experience synonymous with eating a turkey dinner?

Turkeys are far more than just vessels for stuffing. Turkeys are sentient beings, feeling an array of emotions and having distinct personalities from one another. One turkey may forge a strong connection with a caregiver, looking for cuddles, while another prefers to explore uncharted territory. These friendly creatures are emotionally and socially complex. After spending a few minutes with a turkey, you can learn to be intune with their mood. The muted coloring on the skin of a turkey’s head and neck showcases a calm, relaxed demeanor. On the other hand, bolder colors indicate bolder moods!

Sadly, in the mass production of animals, these vibrant individuals are exploited for profit. 68 million turkeys are slaughtered in preparation for the holiday season alone in the United States. Confined to four square feet of space each, over 15,000 turkeys live in the same coop. Filthy and overcrowded, humans will clip their beaks and claws to stop them from lashing out in anguish at one another. Turkeys are specifically excluded from the Humane Methods of Slaughter Act, meaning they are conscious and afraid upon execution. Although they can naturally live for as long as a decade, turkeys raised in factory farms are killed between 12 to 14 weeks as hens, or 16 to 19 weeks as toms. This is a short fraction of their natural lifespan. How did we stray so far from the core values of Thanksgiving?

Instead of being a table’s centerpiece, turkeys are the center of attention at JP Farm Animal Sanctuary! Ronald the turkey, or Ronnie for short, is an important member of the JP family, and serves as an ambassador to turkeys everywhere. This Thanksgiving, you will find Ronnie displaying his beautiful brown and off-white feathers with his new friend, Rudy the rooster. 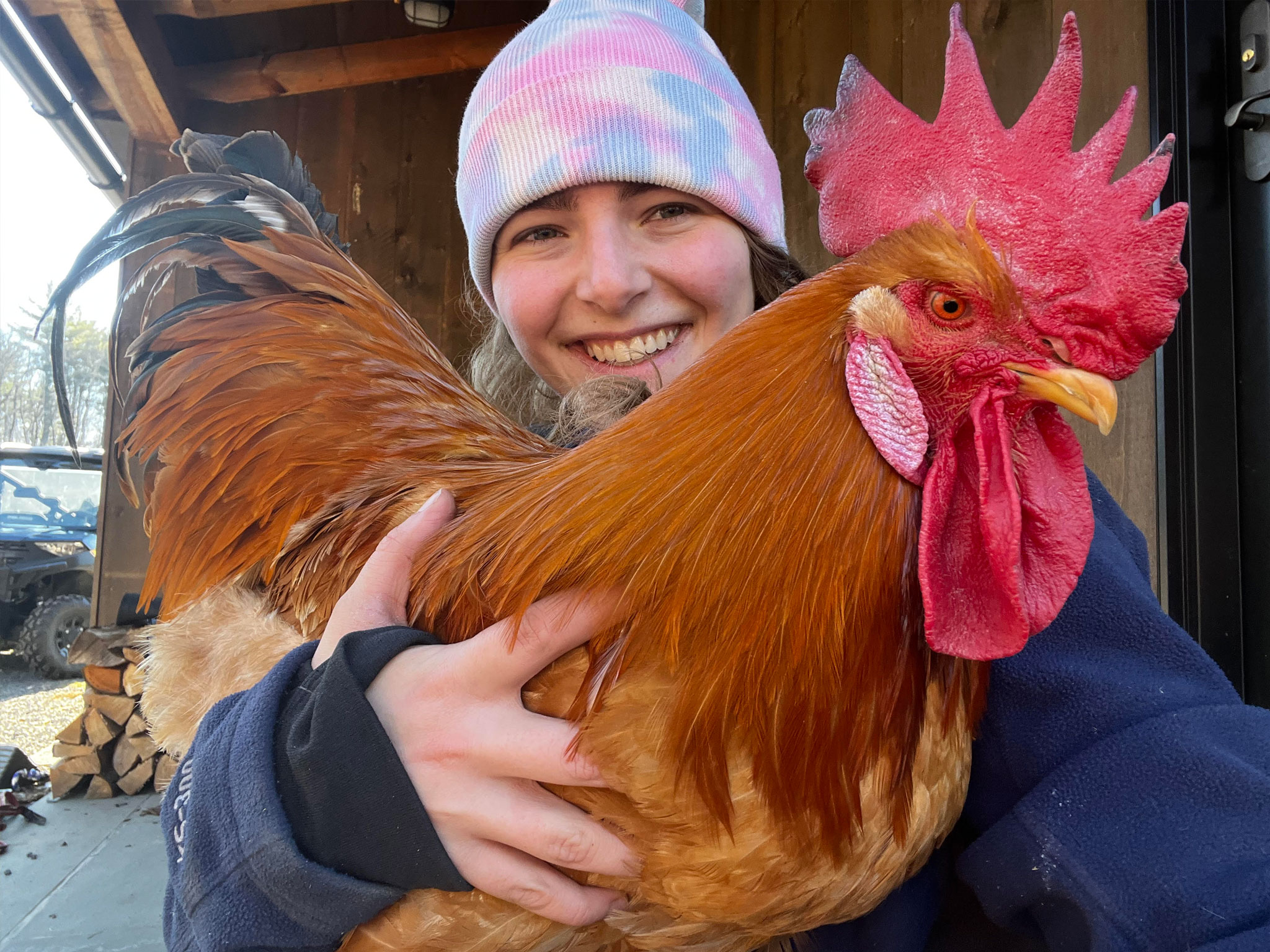 That’s me with Rudy the rooster

Throughout the year, Ronnie has been grieving the loss of his best friend, Bernard the turkey. Ronnie & Bernie arrived at their forever home together, and quickly became a part of each other’s flock. To help mend a broken heart, Lynn and Oscar have invited Ronnie inside their home to be part of their human flock! As one of the few special people with a turkey for a roommate, Lynn shares some insight into Ronnie’s day to day antics. “Ronnie can be vocal and likes to watch everything that is going on. He is sweet but can also be a bit stubborn at times. He now gobbles when Ace barks as a visitor arrives. He wants to be part of the family and will follow me around the house.” This Thanksgiving season, let us return to the roots of this thankful holiday. Together, we can redefine our holiday traditions to incorporate love and compassion for all living beings in our community!

With warmth & love,
Ashley the caregiver

Would you like to be a part of the sanctuary community? Sign up for our newsletter, write to us, share our sanctuary with others, volunteer or make a donation. 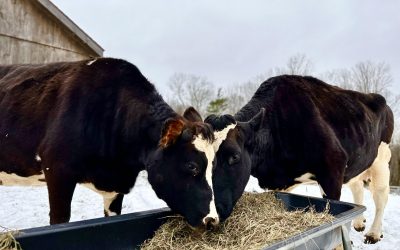 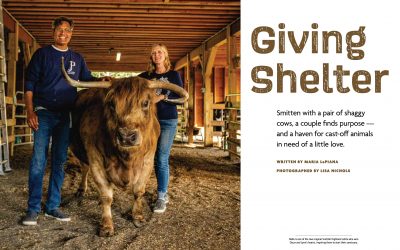 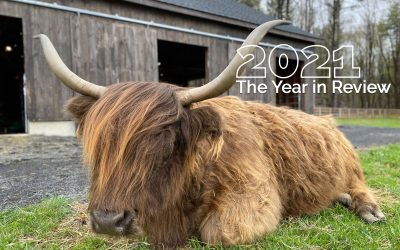 “Your support, generosity and love warmed our hearts.”